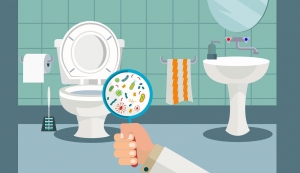 We all try our best to look after our health an keep ourselves in shape. But people tend to forget that not just people and animals can get sick, but objects too. Computers and cars are the first examples we think of, but more than that, so can the pipes in our homes. They are, after all, the vascular system of our houses, and they are prone to the same diseases as our own blood vessels.

Strong water pressure is good, right? We all want our taps to have some force behind them and for our baths to fill as fast as possible. But sometimes, too forceful a water jet can cause problems. Joints can start leaking, leading to damp spots and mold, or completely burst and flood the spaces behind walls and under floors. Much like bruises and strokes, when you think about it.

If your water is bursting out from taps and showerheads with too much force, or if the pressure varies constantly, it’s time to think about contacting your doctor… we mean plumber. Let the professionals take it from here! They can look for the source of the problem and suggest a solution. Usually, it will be a way to regulate the pressure before the water starts through your pipes, though sometimes the solution can be local, on the affected areas. Good thing a pipe is easier to access and shunt than an artery!

The dreaded disease of those of us who consume too much fat, foods high in cholesterol, or simply do not process calcium properly. All these can build up in the blood vessels, increasing pressure and causing them to rupture. Well, there isn’t much difference when it comes to water vessels in your house, either. Instead of fat, you usually see deposits of various residues and rust, and instead of pure calcium, you have limescale. The result is the same: increased pressure in some areas, as the same volume of water tries to fit through a much smaller pipe diameter, and potential ruptures. Warning signs include lower pressure in the segment immediately after the affected area. In other words, one of your taps has significantly less force behind it than the others.

Of course, when you have this problem the best way to deal with it is to clean out the inside of your pipes, or to find the affected area and replace it, but better than any cure is prevention. In this case, the best prevention is making sure no residue or limescale even gets in your pipes, by using a house-wide water filter such as Water eStore UV Filters. 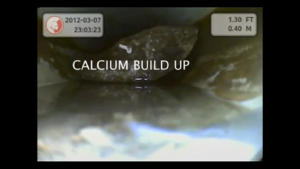 In blood vessels, this is a relatively rare situation in which the wall of an artery becomes thinner in one area, causing a bulge to appear and threaten to rip open. For pipes, this is more common, and it is usually caused by low quality pipes, or using the wrong kind of pipe for the wrong job. Heat is one of the main factors for such a bulge to appear on a water pipe, either because it was exposed to the sun or frost, if the pipe is outside, or because something too hot went through it. For example, drainpipes under kitchen sinks often suffer from warping and inflation because people keep pouring hot oil down the drain. As for low quality pipes, this is the case of using plastic pipes for moving hot water, for example, or pipes that are too thin to begin with.

The fix for this situation is, unfortunately, replacing the pipe altogether, because unless there is an obvious cause (hot oil), you can always risk fixing one segment only for another one to build up again. Usually, when you build a house, the plumbers you hired will fit you with the right pipes and teach you how to use them properly, but some people do their own repairs and end up with the wrong pipe, or they disregard advice and end up in trouble.

Look after the health of your pipes the same way you look after the health of your own blood vessels. Not only will healthy pipes keep your vessels healthy by saving you some stress, but both are supposed to last you a lifetime! So follow our advice on how to avoid and repair pipe problems and don’t ever hesitate to contact a plumber. If you ask yourself “should I call someone?” the answer is always “yes”, whether it is about your health or your pipes.