Find a blockage fast – Get a drain camera investigation

Trouble Shooters always suggests a drain camera investigation to all of our customers after we clear a blockage. This is to ensure the drain line is clean and there are no further problems. Without this additional service, it is impossible to 100% know if the drain line is clear and back to full use.

A drain camera investigation uses a small camera surrounded by lights that is fed into the drain via a cable. The camera then projects an image back onto the screen for the plumber to watch. As the plumber slowly feeds the camera through the drain they will be able to watch for any anomalies or be able to spot the blockage. Being able to see on the screen exactly what the issue is and where it is located is the best way to be accurate. This visual allows a plumber to confidently recommend a more permanent solution to the reoccurring issue. A drain camera investigation is not harmful to the drain and can be fairly quickly carried out. At Trouble Shooters, we also offer our customers the added service of recording the entire footage during their drain camera investigation should they need it later. 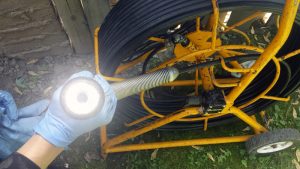 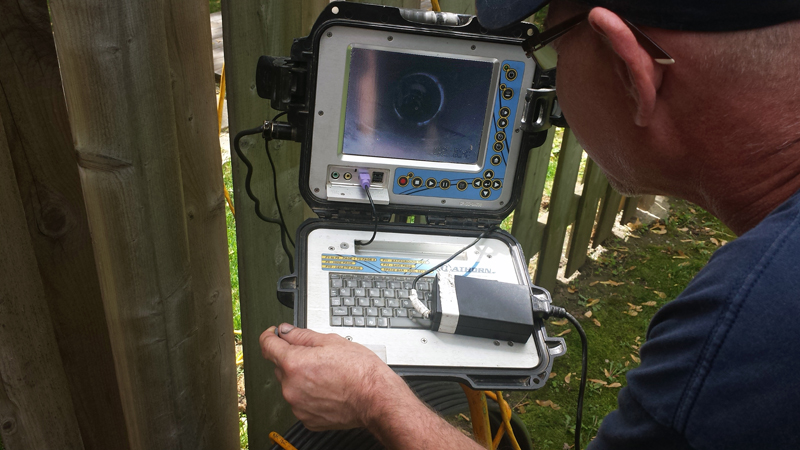 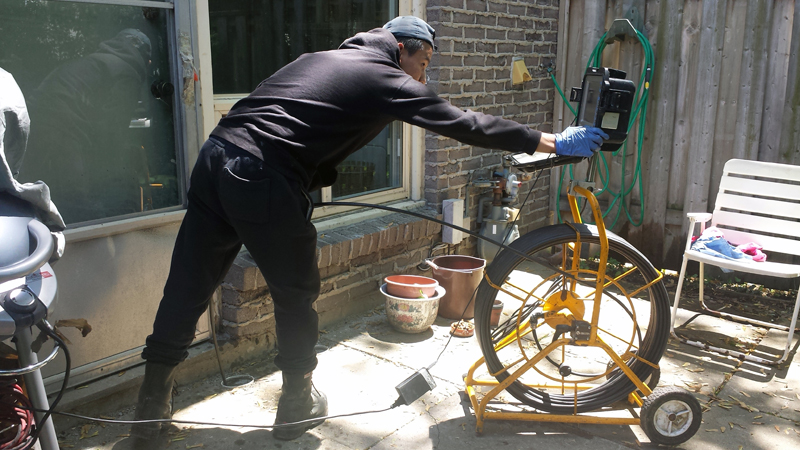 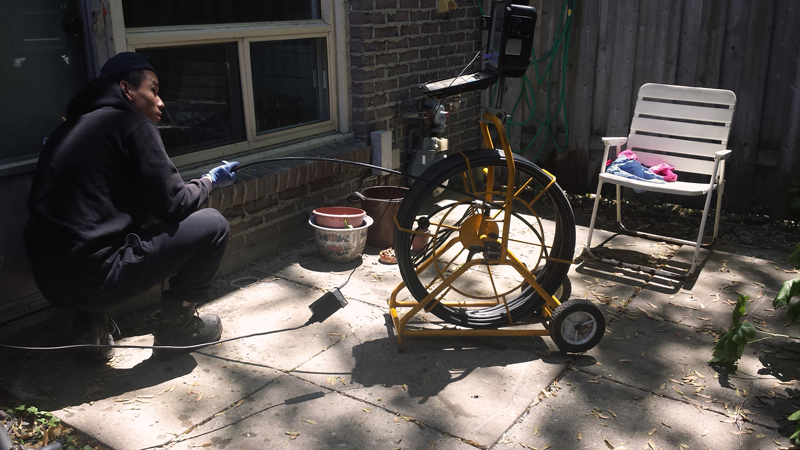 Roots – Often we are called out to a home that has had their main drain snaked several times that year and is still experiencing reoccurring backups. Once we get the camera inside the drain we can visually see that tree roots have entered the drain from a weak spot. These roots will continue to grow and create blockages even after they have been snaked. In these situations, we often recommend hydro jetting as a more permanent solution. However, to be 100% fixed, the drain line would have to be replaced.

Defects – There are times we are called in to examine a more complicated situation that no one else has been able to figure out. These backups are occasionally caused by defects in the drain line. Situations like this always require a more extensive drain camera investigation to reveal the location and depth of the issue. A disjointed connection or sagging in the pipe are two defects we see commonly. There are many reasons these defects may occur but erosion or shifting soil play a role in creating them. Without a drain camera investigation to locate the issue, the defect would only continue to cause backups.

Broken Drain Line – It is common in homes with clay pipes to see stress fractures or a breakage eventually. These clay drain lines are fragile and deteriorate over time. They are very sensitive to the shifting soil and once old enough can collapse and become completely blocked. A drain camera investigation can reveal the severity of the break, where it is located, and ultimately speed up how fast it gets fixed.

If you are experiencing a blockage or a reoccurring backup, call the expert team at Trouble Shooters today to schedule your drain camera investigation, 416-291-9444.